A Financial Services Centre of Excellence

Malta developed as a financial centre in 1994 and has joined the European Union (‘EU’) in 2004 benefiting from the harmonization of EU legislation. Since its accession to the EU, it has gained a reputation for a robust regime with a highly approachable regulatory authority, the MFSA, internationally recognized as an authority which provides a secure and stable framework for prudential supervision, consumer protection and market surveillance.

Lying 93km south of Sicily and 288km east of Tunisia, Malta’s central position in the Mediterranean has always made it a most strategic location for Europe; being the perfect bridge between the European side of the Mediterranean sea and the North African side of the Mediterranean sea. Historically, Malta is associated with the Knights of St. John, who not only occupied Malta for over two centuries, but are largely responsible for much of Malta’s historical heritage. From 1800 until 1964 Malta was a colony of the British Empire whilst in 1974 it became a republic.

As of 2004, Malta has been a member of the European Union, having also adoped the Euro as its national currency on January 1st 2008.

Facts about life in Malta

Malta’s population is slightly above 400,000 with Valletta being the capital city of Malta. The Republic of Malta is comprised of three islands; Malta, Gozo and Comino. English and Maltese are both official languages in the Maltese constitution although Italian is also widely spoken and understood in Malta.

Malta has a number of key economic sectors, including financial services, which is a growing sector in Malta. Other important sectors in the Maltese economy are tourism, high value added manufacturing, life sciences and pharmaceuticals, shipping, ICT, education and training and gaming.

Malta’s financial services are regulated by the Malta Financial Services Authority (MFSA). Its banking system is regarded as one of the soundest banking systems in Europe. Malta also enjoys a wide network of Double Tax Treaties, making Malta an attractive destination in this regard.

The Language of Business

Although Malta’s native and national language is Maltese, a language which is a curious combination of Italian, English and semitic, the language of business is English. All laws in Malta are published in English and Maltese whilst the MFSA and banks correspond in English.

Malta’s legal system is a direct result of its history. It is a healthy mixture seeing Maltese private law being based on a codified civil code deriving from the Napoleonic code whilst commercial laws such as maritime law, company law, tax law, insurance law and banking laws being heavily based on English statute and principles. The implementation of European Union legislation has continued to invigorate Malta’s legal system.

Malta operates a full imputation system of taxation having a flat rate Corporate Tax Rate of 35%. Personal Tax Rates on the other hand vary according to income from 0% to 35%, with specific incentives applying.

Malta is easily accessible, courtesy of an ever growing number of airlines that operate regular flights to and from Malta. Malta’s national airline Airmalta operates daily flights to most major European destinations whilst low-cost airlines such as Ryanair and EasyJet now use Malta as a travel hub. Malta is around 3 hours by flight away from London and just over an hour away from Rome. Malta is also a member of the European Schengen area and hence travel between Malta and other Schengen member is not subject to internal border controls.

Since Independence in 1964, Malta has enjoyed a stable political climate. Malta is a Republican democracy having free and fair elections every five years. Malta has a Westminster style parliament which has traditionally been made up of two major political parties. The effective head of government is the Prime Minister which traditionally is the leader of the the major political party which will have obtained a majority of votes in the General Election whilst the titular Head of State is the President which is elected by parliament every five years. 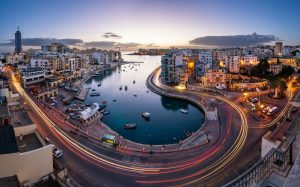 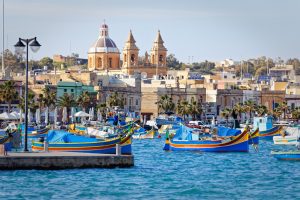